And so it’s January again…

If you saw my first ever post, you’ll know that I do love a good New Year. Despite the blurriness that followed the gin selection, mulled wine and prosecco mega mix of the night before, I was once again excited by the fresh start, the potential of everything I felt I was going to do and become… This year…

On New Year’s day, an old school friend, who shared my hangover, grinned at my enthusiasm. “So Mel, how did last year’s resolutions go?” Normally I’d have said, “I have absolutely no idea, can’t remember a single one but I’m sure they were good!” This year of course I have a blog recounting some of my efforts. OK, I can hardly claimed to have transformed my life in 2017, but I’d say I have at least steered it some way down a new path. My friend acknowledged that this was definitely progress against my previous baseline J Meanwhile I was ready: bring on 2018…

I had forgotten to allow for January. How do you deal with January? I’d love to hear other people’s strategies for getting through the darkest month. Those chill grey days where it feels like it never properly gets light?  There seem to have been a lot of those so far this year.

The one exception to my January blues, and it was actually pretty exceptional, was a winter retreat to the windswept and occasionally snowy Peak district. 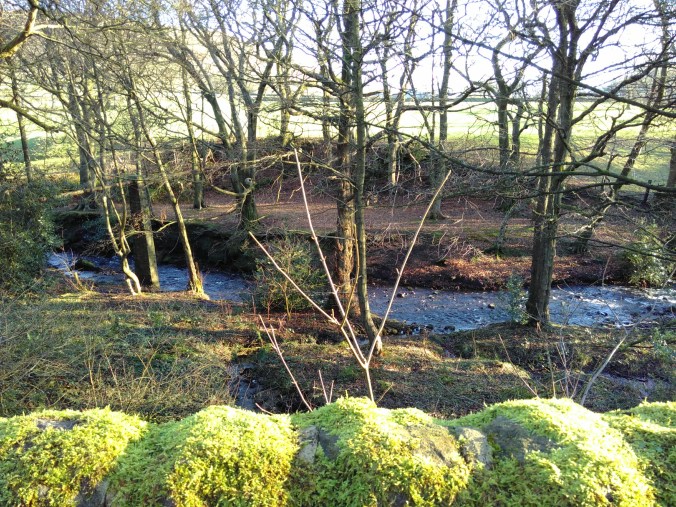 I was super-excited about this when I booked it but the night before I balked a little. “Am I really going to spend the first weekend of the year with a bunch of strangers?!” I asked my husband. But the strangers didn’t stay strangers for long as we drank tea and chatted in front of a wood burning stove on that first evening in a bunkhouse in Edale. Together we crafted winter wreaths and beeswax candles, stargazed and ate amazing food, went on a mindfulness walk in the beautiful hills and got through a fair amount of organic cider and wine. It was fantastic to connect with folk from a whole range of walks of life and strange to part with them, perhaps for good (though hopefully not), a couple of days later.

It was after that that things took bit of a dive. We came down with… Something – not something terrible like the flu that’s been going round, mercifully – just something that made the days feel a struggle, the resolutions tarnish, and obliterating any evenings that we might have filled with good intentions.

There was, however, an unexpected upside. One late afternoon in the office, I got a text from my husband: “Almost there, come home and hibernate”. I felt strangely cheered. It somehow made our lethargy feel more… Justifiable. Intentional even. I reframed the fatigue: we weren’t slobbing around, we were hibernating. With new enthusiasm and an abandonment of guilt we embraced it. We changed early into pjs, snuggled up in front of box sets, ate our way through the last of the Christmas chocolates and headed early for bed. As our energy levels gradually returned, we also made an effort to light candles and put on good music. Why we don’t we do this more I don’t know, I always mean to. The boys even had a bath by candlelight which they loved.

Hibernation has been a game changer. So there you go, we fell into it but that’s our, by no means original, strategy now for dealing with January.

I applaud those with new gym habits, on detox diets, or, heaven forbid, no alcohol in Jan, but it’s a tough ask at the darkest grimmest time of the year. For sure rolling back on the excesses of Christmas is a good idea – I’ve eaten four pieces of fruit this week and I almost went for a run – so I’m all with that. But I’ll save the rest till Spring comes. March. I’ll get fit in March, OK?

Addendum: On writing a blog

Writing this blog, apart from having a diary to look back on over the last year, has certainly inspired me to do more of the stuff I want to do. Having some level of accountability, even if to a handful of my friends who happen to scan my blog on a slow evening in, still acts as a motivator. It’s also increased my confidence in writing – I used to love writing when I was 16 and almost ditched the sciences in favour of English at A level. However, I’ve scarcely had any opportunity since, unless you count the writing I do for work, which I don’t. Being invited to contribute regularly to a much more widely read blog and getting my first magazine article published this year has therefore been pretty exciting.

So I’m going to continue the blog – hopefully revamp it and make it look prettier, maybe even find time to write more articles. Exactly where I’ll find that time I’m not so sure and I’d much rather write for enjoyment than find it a burden so we’ll see.

Finally a big thank you to those of you who have been so supportive – without your kind words I’d have lost confidence and stopped long ago. Thank you for encouraging me on this journey – I hope you enjoy this year’s posts. Happy 2018 all!

One thought on “Taking on January”