Happy January! How are you doing in this dark month, are you beating the January blues? Yesterday was apparently “Blue Monday”, ostensibly the most rubbish day of the year. As you’ve probably heard, this is the day when we all feel the combination of Christmas’s sparkle having long since worn off, New Year’s resolutions abandoned and long nights and grim weather taking their toll. And spring is still ages away…

Now I’d love this to be a tale of how I danced in the face of the grimness but no, I was reasonably grumpy myself! I’d missed the blood moon (awake at 5am, not by choice, but it was cloudy) and despite there being three inches of snow (why is snow never metric?) at the other end of the Chilterns, we saw not a single flake. I spent the majority of the day hiding from the greyness immersed in chores and jigsaws.

“Mummy, can we go on a little adventure?” Fortunately that question didn’t land on Blue Monday. It was actually posed last week on a sparkly sunny day, much like today has been here. Our “little adventures” began back in the autumn. The idea is that I open our pink OS map, find a place we haven’t been to before, pack a picnic and we head on out.

Littlest starts school in September so I wanted to up my game on our days together – partly because it will be our last chance but also so he doesn’t get really bored! My oldest, young for his year, had already started school by his age. Getting out somewhere new and genuinely exploring has been lots of fun – maybe other people do this regularly, we haven’t but I’m glad we’ve started.

Last week’s mini-adventure started in the tiny village of Clothall. Fifty metres from the car and my boy was excited to spot handsome black chickens in a garden we passed and declared “I love this little lane”. The narrow, steep-sided ivy tree bound road was atmospheric and mercifully car free. Two hundred metres in and “Mummy I’m tired of walking”. This is par for the course so I ignored his protest and encouraged him onwards with the promise of a picnic and, apparently, a moat (!) at the top of hill.

The footpath passed directly through a pretty wooded farmstead with goats on one side for my boy and the cottage of my dreams on the other, looking all very Hansel and Gretel. 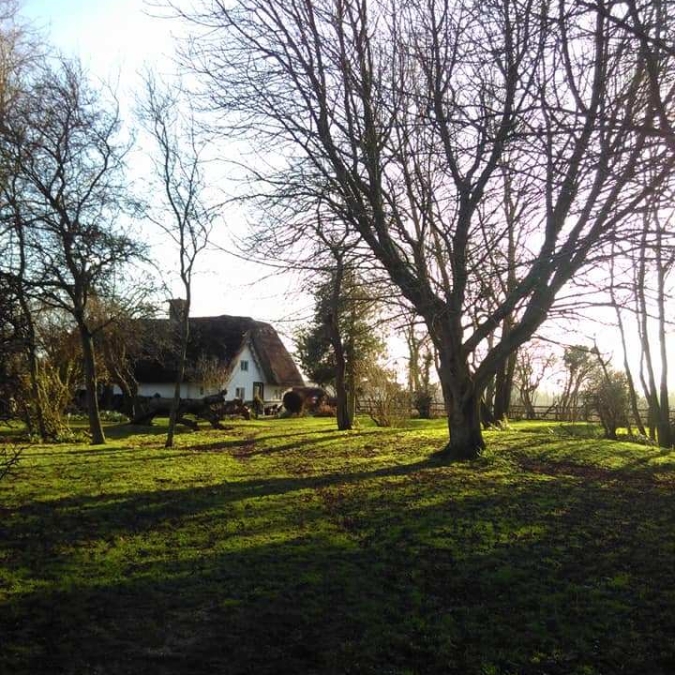 We stopped for sandwiches just a little further on in a lovely woody pasture area which I only realised was actually the bottom of the garden of the house when the cottage owner appeared behind us.

I love the fact that my boy looks properly guilty in this picture – we were actually on our own at this point!

If the cottage was from Hansel and Gretel then this was the witch! I swear I didn’t hear her coming. She was a funny mixture of friendly and prickly. The moat was “not on the footpath you know” (although it was about five metres from it) but she added, as if by way of invitation, “you should look out for my bantams” which were apparently running through it. I didn’t dare though – maybe she’d put a spell on us! I’m being mean, I do get it, she must be really sick of people walking wherever they please on her land and, ahem, picnicking in her garden (it was honestly a long way from the house!) and she did tell us where a geo-cache was hidden which we enjoyed uncovering.

I just wish I’d thought to ask why there was a random moat on the top of a hill – maybe next time, if I’m brave enough!

We ate the rest of our picnic on a pretty, sunny path out of the chilly wind and were almost back to the car when we discovered a gorgeous tiny church on the edge of the village. My boy loves churches, he thinks they’re like castles, and luckily it was open for us to explore. I like churches too, especially village ones that are hundreds of years old – so peaceful and this one had beautiful windows. 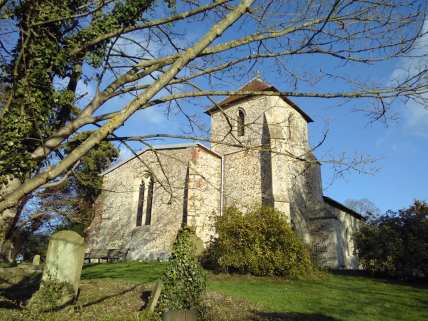 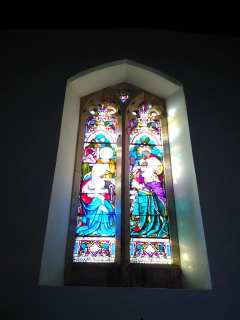 Today was another gorgeous sunny day and a perfect antidote to yesterday’s Blue Monday gloom. As it happens a church featured in today’s expedition too – although I’m not sure whether it really classifies as a “little adventure”. We walked through an area of pretty countryside we already know and love, just out the back of the village of Weston but we’ve never got as far as the church before and it was another pretty, old one, reminiscent of the one I got married in. Just inside the door, this gorgeous crocheted rug was sitting on the table tied up with gold ribbon.

I couldn’t help but open the unsealed envelope “To my new owner” and here is what was written inside:

How lovely is that? I adore handmade stuff and for a brief moment I was so tempted to be the one to give it a good home! I resisted, the most obvious reason being that there will be people much more in need of that special rug than me. The second was that my husband, a keen crocheter, and I (a complete beginner) have a project to crochet ourselves a family rug along very similar lines. Instead we left it waiting to be claimed and explored the rest of the church. In fact I had a hard time persuading my little boy to leave, he wanted to check out every corner; I wanted to get back out into the sunshine! 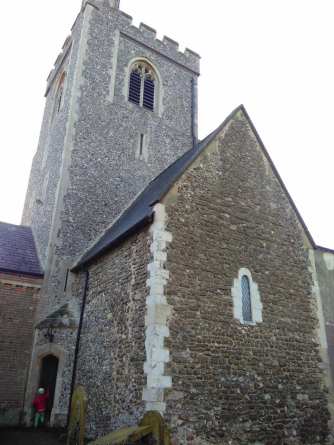 Around the back we discovered a tiny secret door into the tower, locked of course, then headed back across the fields, past two favourite oak trees (Mr and Mrs Oak) stopping only to let the unicorns skate on the “lake”.

From left to right, Mrs Oak and Mr Oak 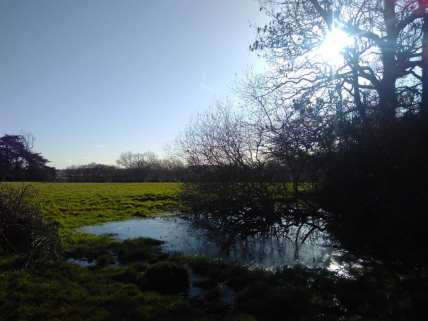 I hope you are surviving January and getting a happiness fix from the sunshine whenever you can. Outside it is finally snowing wetly, I think we might be done with sunshine here for a while now!