Sometimes my life just isn’t compatible with blog-writing but before we’re completely subsumed by all things Christmas, here’s a post I wrote a month or so ago – better here than abandoned on my hard-drive 🙂 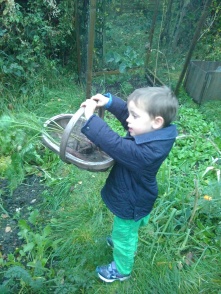 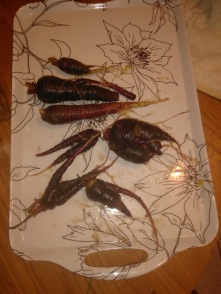 We just dug up the last of our garden harvest, what do you think? We were quite pleased with them – we had about ten and for all they didn’t much resemble supermarket versions, and obviously not the traditional orange, definitely still carroty.

No-one can say that ten purple carrots is a bounty though and our garden harvest this year has definitely been a bit… minimalist. A bad workman blames his tools – does a bad gardener blame his soil? Probably. But at the risk of being defensive our soil is pretty bad – the second worst type of soil you can get according to a diagram that tells you these things. We are therefore very good at growing things that grow well in poor soil – Mediterranean herbs, lavender… That might be it actually! But we try hard and generally enjoy the effort.

This year we also grew purple potatoes. We had enough for three dinners but that’s the product of a whole vegetable bed, not great. Purple potatoes though! My son’s favourite colour so they went down a treat and the boys enjoyed “mining” them.

Broad beans seemed a genuine success until I had shelled them all and realised that they were quite little without their shells on and we only had enough for one lunch but we made a delicious broad bean soup with them (recipe here; much recommended)

Curse the slugs! They got half of our French bean plants but those that made it through the slug attack were actually pretty productive. I should hope so too as they were billed as such. We’ve stopped choosing any varieties that state they have wonderful flavour or are “an interesting artisan variety” we just look for descriptions like: “very high yielding”, “hardy”, and “likes free draining soil”. Basically, hard as nails. 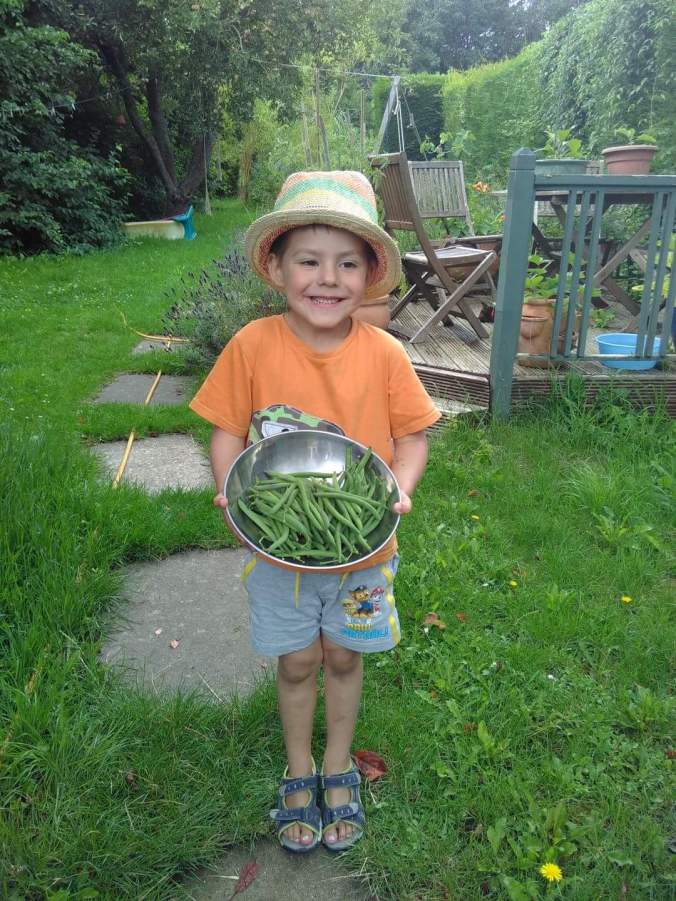 The only thing that did fantastically this year was our apple tree. We gifted apples to lots of friends, one time taking a walk with bags of apples to do door to door deliveries. 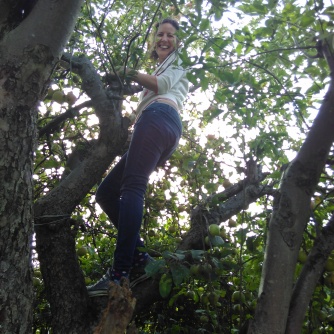 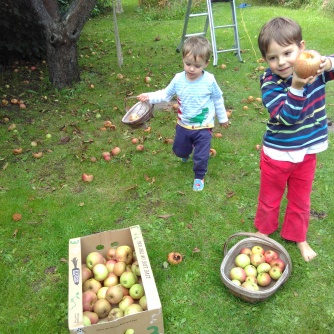 On the day I wrote this, we took an apple crumble and some apple juice round to our friends’ for Sunday lunch and the day before we helped out with Apple Day celebrations in the town square. The community garden round the corner from us and a local orchard had teamed up to set up some stalls offering many different varieties of apples, apple juice, fantastic baked apple goods and making-crazy-apple-faces kids activities. I was on the stall doing the latter. We made a lot of crazy faces.

Apple day was invented as a festival in 1990 – who knew? I assumed it was centuries old.  I found this out in an article in the new Creative Countryside magazine – a new publication focused on nature, adventure, folklore and story-telling. I partly mention this because some of you might have noticed that I did a post on the Creative Countryside blog about our Norfolk camping adventures.  It was actually Creative Countryside that first inspired me to make the changes I made this year and indeed to write my own blog charting my efforts. I therefore love the fact that these themes are now captured in an actual magazine (the first edition was, appropriately “Gather”), lovely to have an alternative to the online world. 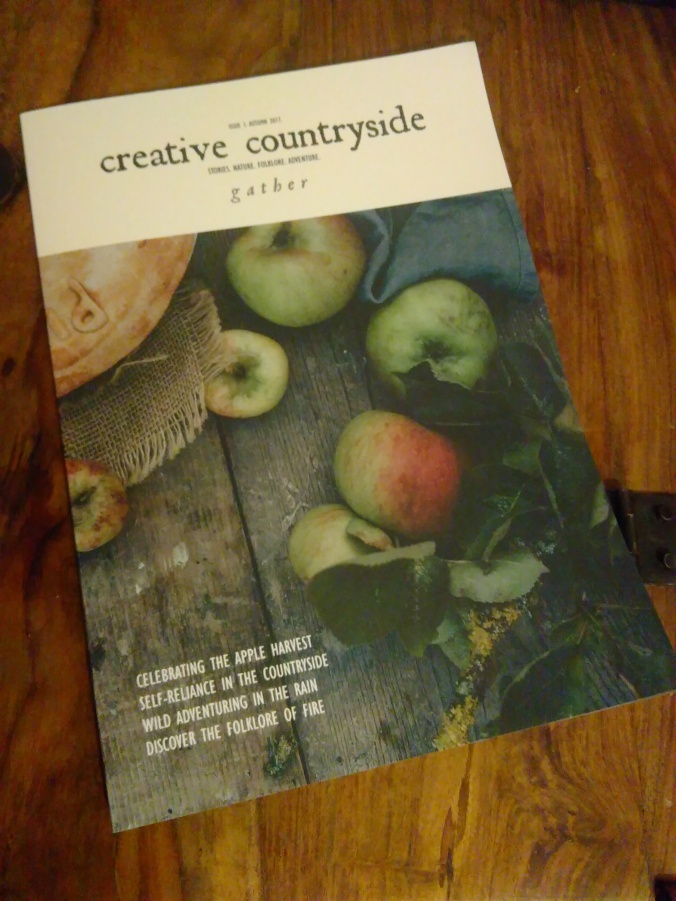 Excited about the magazine, I pitched to write an article for the winter edition, was invited to submit the piece and it’s now in print! I haven’t seen it yet but if you like the sound of the magazine, you can order a copy here.